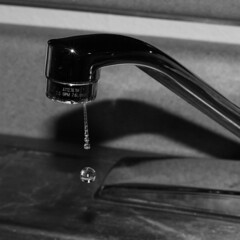 So far in this series we've been talking about adapting your teaching style and the structure of your teaching business to fit the needs of your students. Now I want to look at a trait that all of the best teachers I've studied with share, which is a work capacity they can turn on like a fire hose. If your work capacity only comes out like water from a dripping faucet, you won't be able to be "big enough" to encompass all of your students and their varying needs.

The first distinction I want to make here is between work ethic and work capacity. It's the difference between fire and water. Work ethic is a spark, the fire, that drives some of these teachers to be on the road 30 weeks a year, or fly half way around the world to learn from obscure masters. It's the drive that makes 14 hour days, 6 days seem like a worthwhile pursuit. But ultimately, it's not what makes these things possible. The spark initiates these crazy journeys, but along the way, work capacity gets built up. Work capacity is more like a habit, and when these guys get up in the morning to teach, it's like they turn on a faucet and get a steady stream of water to draw from all day long. Again and again I watch my teaching mentors lead 5-8 hour workshops, continue teaching while every else takes a break for lunch, and then have 2-3 hours of meetings at the end of the day. Knowing them, there was probably a hour of personal practice going on before the teaching day began. So what is it that allows them to go for 12 or 14 hours when most of their students are worn out from the 5 hours of training in the middle?

To say that they are used to teaching is a too simplistic. Yes, step one is to log the teaching hours. Any skill requires that you put in time. There are a couple more dimensions to building your work capacity and in this case we'll look at teaching for examples of what they are. I've written about Geoff Colvin's deliberate practice model before here, when I explained part of my motivation for building Trainerfly. Colvin outlines essential elements for getting better at any skill through practice. When I look at my teaching mentors, they all follow this deliberate practice model in unique ways. Not only have they logged serious teaching hours, but they've run the "teaching chunks" experiment, where you create feedback loops and reproduceable teaching moments that allow you to build a student base and your own work capacity simultaneously. Let's break their down approaches.

While Bruce has a prolific teaching record, spanning decades and many different format, from one-on-one lessons to workshops packed with 200 students, I think one of the most interesting models he's taught in is what I'll call the Three City Model. He did this in the Bay Area in the 1990's and in New Mexico before that. Some of his most successful certified instructors have also replicated this model. The basic strategy is to offer regular weekly classes in three locations that are near each other, but spread out. The distance criteria are that the locations are in distinct markets, but they are close enough to each other that really dedicated students could travel to any of the three sites to study more than once a week if they wanted. In the Bay Area, this was Berkeley, San Francisco, and Marin County. I've contemplated this model in the Boston area, with sites in Cambridge, Boston, and Brookline, for example. The geographic benefit is striking a balance between accessing a larger potential student base and catering to hard core students simultaneously. There is a financial benefit here too. You can weather the inevitable ups and downs in attendance at one site, because you have the other two.Â The benefit for the teacher, though, is that you can experiment with what you teach and how you present it. Separate sites give you the chance to have a more controlled experiment than if you just decided to try a new approach each week at a single site. You can watch two groups evolved over six months or a year and see if a better way to teach emerges on a lot of different levels.

Whenever I attend a Z Health training, I'm always impressed with the way Dr. Cobb shifts gears between group teaching and working one-on-one with clients before the seminar begins, during the breaks, and often at the end of the day. He does it as effortlessly as turning up the water pressure on a faucet. The flow is on from the moment he enters the room, cranked up for the group, then down to just the right volume for someone he's never worked with before and then back up for everyone at once. I know the he spent years in clinical practice before he started teaching Z Health publicly, and you can see the fine-tuned empathy that comes from years of working one-on-one. There is also something very particular about his rapport with a group that feels like it's built on all the one-on-one relationships in the room. When you look at his current teaching schedule, you see over 20-30 events a year, often in the same 3-4 topics. Some of these groups are only 10-12 people and some are capped at 50 attendees. He's also presented the core concepts of Z Health at professional gatherings, conferences and through the lens of group coaching. Once again, this is the deliberate practice model in action: take the same key concepts and present them in as many different venues as possible -- individual, small group, big group, written, recorded on video. By teaching anywhere and to everyone, two very interesting things happen. The first is you hone your message and make it scalable (i.e. you know it so well, you know how to present just the right amount of it, from the right perspective, to the right people). The second is sort of a fortunate by-product and that is that you gradually recruit people who also believe in your message. I call that a by-product because most people assume they deserve to have a massive, faithful following as soon as they have an idea in their heads. The message from all of these teachers is exactly the opposite: if you get a big enough fire hose going for long enough, the faithful will follow. Lots of people have ideas. Untested, unhoned ideas are worthless. When you see Dr. Cobb tirelessly flying around the country to successfully build a business and nonchalantly acknowledging that he would likely keep that up for another 5 years to keep on building, you realize that building work capacity is the secret ingredient.

One of the traits that all three of these teachers have in common is that they are all gifted hands-on healers. I can attest to this from being under their hands personally, but it was also a key tool they used for developing their businesses early on and growing a dedicated following of students. I'm not sure anyone has blended the two with the intensity Bill Ryan did while he was building up Brookline Tai Chi in the 1990's, though. On top of founding, running, and teaching daily at Brookline Tai Chi, Bill relied on private lessons and bodywork to keep the school running and cultivate a core of students at a punishing rate. When I trained with him to take over the operations of the school, he was in a quieter mode, but he would still be there from 10am-10pm almost every day. I'm not sure I ever even saw him stop and eat in those 12 hours bursts...and this was when he was transitioning out. The bigger point here is not about keeping crazy work hours. The point is that by working intensely one-on-one and transitioning to group classes, the different skills each teaching scenario require begin to blend, and that's a good thing. When Bill was training me to teach tai chi, we would practice how to give form corrections as hands-on adjustments. We would each start on opposite sides of the room and Bill would say "I'll meet you in the middle." By the time I was fumbling through the second or third student, Bill would show up next to me, having corrected 9 or 10. He developed fast eyes and fast hands that could make meaningful corrections, largely due to the number of hours doing private bodywork. While I wasn't a trained bodyworker, he encouraged me to do as many private lessons as I could. He swore by them as a way to hone your teaching, just because you had more space and time to play with adjustments and get immediate feedback from students.

What I've learned from these guys is that you create the opportunities to hone your teaching. I don't see where they are today and think "I want to be up on stage teaching 150 people". I think about their process and how I can create the teaching moments to steadily grow my capacity. Bruce likes to talk about the "20 year overnight success" when he's talking about learning tai chi, but as a teacher who now attracts hundreds of students to a single event, he's a model for this same approach in teaching. He often points out how this message doesn't really come across in our culture, unless you really look for it. He'll talk about a sports movie, with a little kid throwing the ball around in his backyard, who by the next scene is transformed into the World Series-winning major league pitcher. What's the message there? Hang on to a distant dream and it will magically happen? That's why I initially wanted to make the decision between work ethic and work capactiy. The ethic, the idea, the spark -- that's important and necessary, but it's the inspiration. Each of these teachers has taken their unique inspiration or aspiration and slowly, over time, developed the capacity to steadily build toward that image. You need a slow, steady fuel to make that journey, more like a flowing river than a short burst of flame.Â So take any opportunity you can get to deliberately develop your work capacity.